Frequency is measured in Hertz or CPS

Virtually all serious studies of PEMF have shown that a frequency or frequencies below 50 Hz are the most effective. Intensity and frequency go hand in hand to provide the two most important factors associated with Pulsed Electromagnetic Field Therapy (PEMFT). As someone said, like love and marriage, you can’t have one without the other! 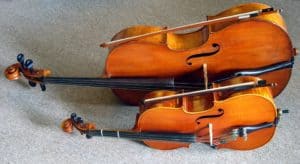 Many people confuse frequency with power or intensity. For intensity, think of oomph! We measure intensity in Tesla, milli-Tesla or Gauss. Intensity can be thought of in the same way we think of horsepower or watts in cars and appliances. Frequency can be thought of as we think of musical instruments, Piccolos or perhaps Violins as they make sounds that are higher in frequency than a Flute or Viola. The Cello and Bass create some of the lowest frequencies we hear from an orchestra and the Piccolo and Violin create some of the highest. 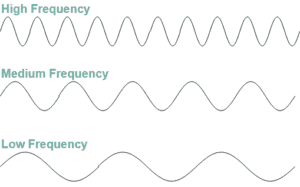 In music, we say High Pitch when we mean High Frequency

I was born in the first half of the last century and when I was much younger, the term Hz or Hertz was not part of the language. Frequency was stated in CPS or Cycles Per Second. That term ‘Cycles Per Second’ was self-explanatory. The lords of science decided to honor Dr. Heinrich Hertz. This introduced ambiguity and confusion to the world of newbies to the world of physics and many of those trying to understand PEMF. Anyway, One Hertz or 1.0 Hz is one cycle per second. In the USA, the electricity in our homes is oscillating at 60 Hz or sixty times per second. I did read somewhere that the term was actually adopted n the 1930’s, it took many years for the term Hertz to be universally adopted.

I will repeat myself. Frequency is measured in Hertz or “CPS” Cycles Per Second. We now call “CPS”, “Hertz” (abbreviated Hz). CPS was the term I learned in my youth but today, we use the term Hz named after Heinrich Hertz who had nothing to do with car rental.

Frequency is the inverse of wavelength. As wavelength increases, frequency decreases and vice versa. Virtually all effective PEMF systems use low frequencies and long wavelengths – from 1 Hz to 50 Hz.  As one increases in frequency, the wavelength decreases proportionately. Each of our cells has a resonance at a particular frequency. All the atoms that form a molecule have their own frequency. Molecules then form tissues, which then form organs, and so on up to the whole body. Somewhat surprisingly, the body produces its own frequency …”  [01]Pawluk MD MSc, William. Power Tools for Health: How pulsed magnetic fields (PEMFs) help you (Kindle Locations 485-487). FriesenPress. Kindle Edition.