PEMF INTENSITY IS THE MOST IMPORTANT FACTOR!

Intensity generated by PEMF devices is perhaps the most crucial requirement to obtain adequate results. The strength of a magnetic field is generally defined in T (Tesla) or G (Gauss). Without adequate intensity, there is inadequate penetration. Our biggest enemy for penetration is the ‘inverse square law’ but more about that later. As the distance from the source increases, the intensity drops at a much higher rate.

Intensity is measured in Gauss or Tesla

Some of our competitors love to tell you that high intensity is dangerous! As a point of reference modern M.R.I. (Magnetic Resonance Imaging) machines develop magnetic field intensities over Three Tesla and that, Ladies and Gentlemen is 30,000 Gauss. All of the Curatron 2000 systems are well below 30,000 Gauss. 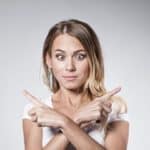 Manufacturers of PEMF devices seem to love to confuse their customers. Some talk about Gauss, some talk about mT (milli-Tesla), μT (micro-Tesla) and yet others use both terms interchangeably to confuse and obfuscate. Please question everything you read on the internet. We try very hard to provide you with more fact than fiction. We welcome your questions. << Our Contact Page >>

Yes! Impulse systems deliver higher intensity than REAL PEMF systems but their pulse width is very narrow and the total energy delivered is quite small.

The issue of intensity should not be thought of in isolation, equally important is how quickly we reach the peak. Although we say we use a square wave which has an extremely high rate of rise, in fact, the rise takes time and the closer to vertical we can make the edge of that square wave then the better off we are. The Curatron 2000 systems have an extremely fast dB/dT making them more effective than all the others.

MUST READ: dB/Dt - Speed of Induction

Others use triangle waves, sawtooth waves and even sines waves that are not square wave gated. These other waveforms have extremely low or slow speed of induction but more on waveform(s) later.

Action potential occurs in excitable tissues, such as nerve or muscle fibers, when a changing resting potential reaches a firing threshold. The process of a nerve or muscle cell moving from resting potential to action potential is all or none—it either happens or does not. Membranes cannot be half open or half closed, and there is no in-between state. [01]Pawluk MD MSc, William. Power Tools for Health: How pulsed magnetic fields (PEMFs) help you (Kindle Locations 436-438). FriesenPress. Kindle Edition.

PEMF therapy can only be effective if the field strength of the pulsing electromagnetic signal is sufficiently powerful to penetrate deep enough inside the cells and bones to cause the desired effect. In order for this to happen the applied energy levels must be sufficiently high, otherwise only a minimal and superficial effect will occur. [02]Philipson: www.pemft.com. Ben Philipson is the creator of all of the Curatron Systems and has been working with PEMF technology for nearly 4o years