How important is The PEMF Waveform? 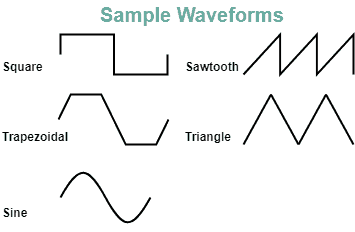 The answer is simple, the waveform is very important.

Most serious studies of PEMF have been done with sine waves and square waves. The sine wave is the most natural waveform in nature. Think of musical instruments like the violin, cello, piano and you are hearing for the most part sine waves. Look at the ocean and you see pseudo sine waves. I say pseudo because they are actually rolling circular waves but at the surface, they appear as sine waves.

These are the least effective waveforms. Some manufacturers use them, probably because they are relatively easy to create. Their rate of rise or speed of induction is simply too slow. Cell membranes react to fast rate of rise and high intensity. Slow rates of rise go unnoticed much in the same way as we don’t notice walking up slow rising hills.

This is where things get more complicated. The Curatron 2000 REAL PEMF systems do use a square wave gated sine wave. The term ‘gate’ applies to the square wave as the gate is either open or closed, on or off, high intensity or no intensity. Imagine a picket fence with a gate in it. When it’s open you, or in this case the sine wave can pass through. When closed, you or the sine wave cannot pass. This is what’s happening with the Curatron.

You might say, but the wave getting to my body is a sine wave which can have a slow rate of rise. The trick the Curatron engineers came up with is to open the gate when the sine wave is near or at its peak, thereby providing very fast ‘speed of induction’ and high intensity! 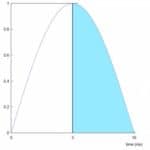 Notice that the actual sine wave starts at the left bottom corner but only when the maximum is reached the energy is allowed to pass through the gate. It is not difficult to see now that the speed of induction (= slew rate) is superb because this is where the blue area starts!