The Bemer 3000 is a low intensity PEMF system.

It saddens me when our competitors mislead customers who are seeking advice on PEMF. Recently, an acquaintance contacted Bemer to seek their comments on the Curatron vs the Bemer. I have to admit, I was not surprised by the response. This person who replied to my friend and made the following statements:

An email from Stacy Devore, a Bemer Salesperson: 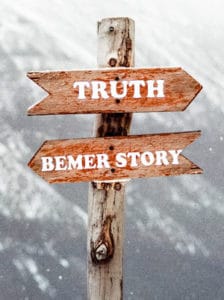 “The Curatron uses old PEMF technology and high micro. 1 Gauss is equal to 100 microTesla … 1600 Gauss is equal to 1600 microtesla. They operate between 1,600 and 7,000 Gauss. Wow! More is not better. Bombarding the body with this high-intensity the signal on a regular basis is questionable at best. Here is why … The earth’s magnetic frequency is only between 25 and 65 microTesla, depending on where you reside. The official safety limits for power line fields is 100 microtesla. Would this person live next to power lines that emit such a high frequency?”

Dr. Pawluk in his new book says the following about intensity.

“Research evidence continually and consistently shows that the intensity of a therapeutic magnetic field is important, perhaps more so than any other component. Even the other components of a magnetic field, such as frequency or waveform, rely on the intensity of the PEMF signal at the tissue being stimulated. The field intensity at the target tissue needs to be sufficient to induce a charge in that tissue. The lower the magnetic field intensity, the less charge will be induced in the tissue. So, at deeper levels in the body, the field intensities will be very low, requiring a higher initial field intensity to produce adequate results. Field intensities may be equated to whispers (low intensity) or shouts (high intensity). Sometimes a whisper is all that is needed for a generally healthy body or mild problem. Often, the body needs to hear “loud shouting” for the job to be done. This is the wakeup call. The rest of the time, a normal conversational loudness will produce the desired results. There is little evidence to support the effectiveness of weaker “whisper” PEMFs acting deep in the body. If you are lying on an applicator with the goal being whole-body stimulation, then the magnetic field has to be of sufficient intensity to penetrate through to the opposite side of the body. The effects in the body, however, depend on the strength of the generated healing magnetic fields.”

This site uses Akismet to reduce spam. Learn how your comment data is processed.